Eye problems and Lupus? Who knew! 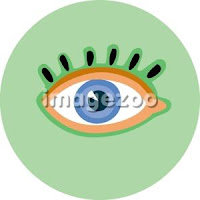 A friend of mine had some eye problems a few years back that were never really explained. Since then, she's been diagnosed with Lupus, and she's now thinking the two are related. I never knew there was a link, but I then I saw this case study on Medscape featured back in May. The feature gets a little technical, but it's nonetheless interesting.
Optic Neuritis and Recurrent Myelitis in a Woman With Systemic Lupus Erythematosus

Diagnosis: Recurrent myelitis and optic neuritis, occurring in the context of neuromyelitisoptica (also known as Devic's syndrome). Note that optic neuritis and myelitis can occur as manifestations of "idiopathic" demyelinating syndrome. (UGH! See my previous post if there's any question how much I hate that word!)

Management: The patient had recurrent attacks of myelitis despite treatment with pulse cyclophosphamide. After initiation of rituximab, the patient experienced symptomatic improvement and had no further attacks of opticospinal disease.

Although ON and myelitis in patients with SLE are usually considered manifestations of active NPSLE, a clinical history and neurological examination offers insight into whether there is a second auto immune disease present.

The patient's loss of visual acuity indicates dysfunction of the optic nerve. In patients with SLE, mechanisms that cause clinical and radiographic patterns of white-matter disease—owing to a small-vessel microangiopathy— likely contribute to a similar "ischemic" optic neuropathy. [In this case], the patient's subacute loss of visual acuity, significant retro-orbital pain and normal fundoscopic findings are more consistent with ON than with the ischemic optic neuropathy seen in SLE. Alternative demyelinating syndromes, therefore, need to be considered.

The B-cell arm of the immune system constitutes an important therapeutic target. An open-label study of eight patients with severe and relapsing NMO treated with rituximab (Rituxan) demonstrated improvements in the frequency and severity of relapses.[20] Recognition of NMO as a unique diagnostic entity might prompt earlier use of B-cell-depleting agents, especially during the therapeutic window of earlier attacks.

In summary, the case presents a patient with SLE and a coincidental but distinct syndrome of NMO. Early use of plasmapheresis (kind of like a blood transfusion but with plasma) and B-cell-depleting agents (like Rituxan) can potentially mitigate the ominous prognostic features of functional blindness and wheelchair-dependence that occur in untreated NMO patients. In patients with SLE and ON or myelitis, identification of clinical or prognostic features consistent with NMO should lead to testing for the presence of the NMO-IgG autoantibody.