Pregnancy Sleep - an Oxymoron if ever there was one! 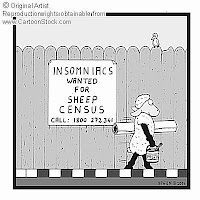 So I have officially entered into the world of pregnant insomnia. I'm not really going to complain, because a) I have the time and flexibility to make up for the lack of sleep during the day, and b) my insomnia is limited to about an hour when I first go to bed and then again for an hour around 5am, which is a lot better than some of my girlfriends have it. I'm also learning to adjust to getting less sleep at night - my nights of 10 solid hours have fallen by the way side, but that's okay. I've just learned to add in more naps during the day, which will hopefully prove to be a good habit once Bun arrives. Yesterday, for example, I took a 20 minute snooze around 1pm, and then my normal 1 1/2 hour nap around 5pm. Come 6:30pm, I was ready to rock and roll (emphasis being on the word "roll".)

In other news, my rheumatologist's appointment went well yesterday, and he (Dr. R.) is confident that all will go well come October 6th. In his opinion, the best indicator for postpartum wellness is a healthy 9-month pregnancy...which I have had. He feels that the stress on the body (as it relates to Lupus issues) over the entire 40 weeks (a little under 38 for me) is far greater than the stress of the actual day (or two - eek!) of labor and delivery. He also thinks that given the fact that I had no disease activity for more than a year (almost two) BEFORE becoming pregnant, I should be in the clear.

Throughout my pregnancy, I have been anemic and have had traces of protein in my urine (indicating that my kidneys aren't filtering or functioning at 100%), but neither symptom is cause for great concern. These two issues have frequently presented themselves ever since I was diagnosed, even during my last couple years of symptom reprieve. My O.B. ran some blood tests last week to make sure things weren't out of whack, and Dr. R did the same again this week. They're not overly concerned at this point, so nor am I!

If I do happen to flare post-delivery, we have a plan to increase my dosage of Plaquenil to 600 mg every day, which I was on prior to pregnancy. (I went down to 600mg/400mg every other day for the first few months of pregnancy, and then later to 400mg daily, which is what I'm on now.) And if that's not enough, we can always pull out the old steroid stand-by, your favorite and mine, prednisone. Because it's been over a year since I've had to take prednisone, and almost two years since I've been on anything higher than a maintenance dose, Dr. R agrees with my O.B. that steroids are not necessary before, during, or immediately following delivery, as they sometimes are with Lupus patients. Of course, those little magic pills might be necessary in the long run, so I won't get too cocky about not needing them. (See my previous Prednisone post for details on why bad-mouthing the drug comes easily.)

Here's to the final 2 weeks and 2 days before Bun arrives!
Labels: medication pregnancy