I had a very crummy case of food poisoning recently (but when isn't food poisoning crummy?), and in the wee hours of the morning when it was making its way through my system (enough said), I had a few moments to compare a bout of food poisoning with Lupus. Here's what I came up with:

1) Thankfully, food poisoning lasts for a finite period of time. Yes, you're violently ill for a couple of hours which stinks, but at least you know it's not going to last once the culprit is out of your system. Symptoms of Lupus on the other hand can last and last and last...with no end in sight. Score one poin 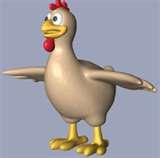 2) You can typically pinpoint the cause of food poisoning easily. In this case, I'm a little stumped because Johnny and I ate the same things throughout the day. But since Johnny's been known to have a rock solid stomach that can tolerate almost anything, I'm pretty sure I'll be staying away from a certain Mr. Poultry for awhile. With Lupus, finding the cause of your flare isn't so easy. Sure, you might be able to blame it on too little rest, or stress, or sun exposure - but there are plenty of times when you're just sailing right along and BAM!, a Lupus flare comes out of nowhere. Score another point for the big F.P.

3) For the entire day following my F.P. bout, caring for Deirdre was no picnic. While the acute attack was over by about 7am, I was still feeling pretty spent almost 12 hours later. Her dad was a real champ and made feeding time, etc. as easy as possible on ole' Mom, but I can't imagine feeling like that day after day and having to care for a little one. The three of us spent A LOT of time lounging - which of course Dee didn't mind at all. So on the point of child rearing, I'm going to call it a tie. Neither ailment mixes well!

Marilyn said…
Nice comparisons! I too have been down recently due to the fact that I painted my office I'm guessing. Can I do none of my normal activities that involve anything strenuous again!?!?!? I feel like I live in a little glass bubble and don't want to rock the boat for heaven sake! Anything extra that I add to my already feeble schedule seems to throw things totally out of wack and BAM...welcome flare!
February 3, 2009 at 2:05 PM

Sara Gorman said…
It's SUCH a drag to have to monitor your activity level, I know! And I'm sorry you're feeling crummy. My only consolation is that the longer you have Lupus, the better you will become at gauging what your body can handle.

While it's hard not being able to work at a normal speed, I found that if I allow enough rest time (meaning days) in between phases of a project, I can usually hold off a flare. It was really annoying at first to allow so much extra time, but avoiding a flare is worth the trouble, right? Hope you're feeing better soon.
February 6, 2009 at 1:30 PM

Suth-ern Mama said…
Hello! Great Blog from what I little I have read, but I was wanting an opinion from you since you deal with this awful disease.

My brother's girlfriend has lupus and treats the pain with methadone. She cannot stay off the drug for long and is pretty much addicted to it. I guess her symptoms are pretty intense without the drug.

Have you heard of methadone as a alternative drug option for lupus? How do you manage your pain?

Sara Gorman said…
Sorry to hear that your brother's girlfriend is having such a hard time. The chronic pain that accompanies Lupus can be quite debilitating, so I'm sure she's trying her best to keep it under control.

While I've never been prescribed methadone, I did find that it can be used to control pain associated with Lupus (see this link - http://en.wikipedia.org/wiki/Lupus_disease - look under Analgesia.)

However, more common treatments/medicines can be found on the Lupus Foundation website (http://www.lupus.org/webmodules/webarticlesnet/templates/new_aboutdiagnosis.aspx?articleid=84&zoneid=15)

My doctor and I have tried quite a few drug combinations, most of which I listed on a previous post
(http://despitelupus.blogspot.com/2008/04/prescriptions-101-my-list.html)

Hopefully, she's working closely with her doctor to monitor her pain and manage her medication. The best advice I have for her is to stick closely to her doctor's orders (by taking the meds when and how he/she's prescribed them), and then being candid about whether or not the treatment is effective. There's usually some trial and error in figuring out the right combination of medication to control one's flare, so the more feedback she can provide her doctor, the better. She might also consider what lifestyle factors (stress, sun, etc.) are contributing to or causing her flares. Again, the Lupus Foundation website does a great job of touching upon these factors.