Earlier this summer, I realized it was time to renew my passport, which involved getting a new passport photo.  It was due to expire at the end of September, so the timing wasn't that great - given that my moss/thinning strands/curly cue hair ordeal was going to be in full force. But the last time I renewed my passport, I'd just finished losing more than 50% of my hair, and was sporting a hairdo that was of the G.I. Jane variety...so anything was going to be an improvement.

I debated when to get the picture taken. I wanted to send the paperwork and photo off by the 10th of September. Did I take the photo at the beginning of August, when I had more strands, but less moss and more bald spots? Or should I wait until the beginning of September, assuming that I'd have fewer strands (because they would have fallen out), but more moss, providing that valuable ground coverage that masks the baldness? 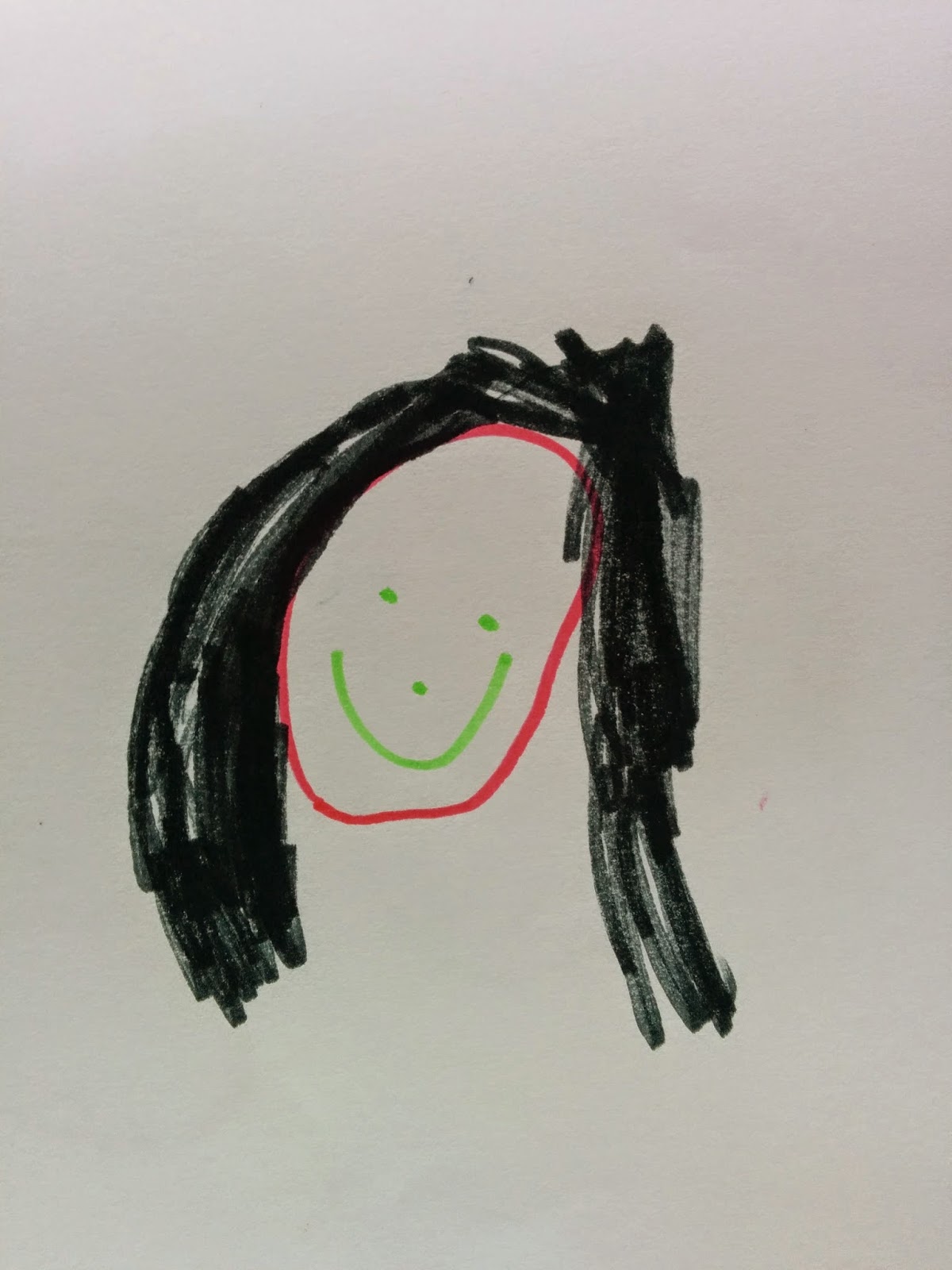 My family took a vote - Bernie even drawing a picture of what it would like as my hair grew back in, and we decided that it was better to go with a known quantity. At the time of the debate, I knew what I was dealing with: I knew how best to style my thinning hair; I knew the workarounds; I knew the troubled spots. But come September, what would I have to work with? It could be better. But it could also be worse. A lot worse. Who could really know for sure?

So off I went to the drugstore to have my photo taken...making sure that I fluffed over my ears and made no sudden movements to dislodge the strategically placed strands right before the photo was snapped. And my newly issued passport arrived in the mail this week, and I'm happy to say the photo turned out just fine. My strands behaved.

Some might question the way I involve my kids in my journey with lupus (and hair loss, and all the rest.) But an open approach really does work for us. Having support from my two little girls - who seem to love their dear old mom so very much - really makes the lupus pill a lot easier to swallow.

While I don't overwhelm them with gory details, the fact that, for instance, they know I'm dealing with hair loss makes conversations a lot more genuine. I'd recently taken a picture of my bald spots on my phone, just so I could see what I was dealing with up top. I hadn't intended for anyone to see the photo (although I should have learned my lesson from the recent celebrity photo leaks, eh?), and my girls happened upon the picture as they were scrolling through my photos. Deirdre said, "Hey look, it's Mommy's hair. It's growing back!"  And Bernadette let out a big, "Hooray! Hooray!". Here, I was photographing the bald spots. And all they saw was growth. It was so sweet and loving - and just the encouragement I needed to hear.

In fact, for about a week after that, every time Bee would draw a picture of me, she'd draw me with long, thick hair. And she'd say, "I drew it long because it's really growing back, Mommy." Sweet, loving gal. I could just eat them both up!

Deirdre has also been known to take my hands in hers when she spies an attack of Raynaud's - rubbing them vigorously, or blowing on them. I tease her by dipping my cold fingers into the back of her shirt...which she likens to taking the ALS Ice Bucket Challenge!

And just a month ago, little Bernadette happened to be eye-level with one of my hands - which, I suppose, looked a little humble with its knobbiness and hues of purple. She gently took my hand in hers, kissing and caressing it lightly, saying, "Oh, Mommy. Your joints look like they hurt. Let me make them feel all better with some kissies." Now, who can argue that compassion like that isn't mutually beneficially?

And here's a picture Deirdre drew during church last week. I look pretty darn happy, despite a diagnosis with lupus, don't you think? Just the way it should be!
Labels: hairloss kids
Reactions:

KARLA said…
I am so glad I saw your post. I too am a mother with Lupus! I was diagnose when I was 25, but new about it at 15. I live just outside of Alexandria Va, in Springfield! I can't wait to read more of your post! My children live every day with me and my diseases. I have tried to be very upfront with them since m first hip replacement 5 years ago!
September 24, 2014 at 8:30 PM

Unknown said…
Thank you for always sharing with us. I think it's very important to share with your kids so they understand. I love how caring and compassionate your girls are. I have 2 boys and my youngest always is concerned and he always ask's how I am feeling. My older one who is a teenager is not so open with his feelings but when I ask him to do dishes or help around in the house, he doesn't complain anymore. Glad to hear your hair is growing back :-)
September 25, 2014 at 9:33 AM